Boot Viruses – Copies the virus code in the boot sector of the disk, this ensures that the virus is always executed and loaded in the memory when the system starts

Macro Viruses – A macro having the virus code is executed, it infects the files on the system

Trojans – Program file that claims to do something but does something that is not required. Allows remote users and hackers to gain unauthorized access to your system

Spywares – Stores personal information and surfing details and send them to its web site without informing the user. Many spywares get installed automatically as a free download while installing an application

The following problems indicate that a spyware or other unwanted software is installed on your computer :

Unwanted advertisements pop-up even when not connected to the Web

Unable to remove unwanted toolbar from the browser

Spywares can be removed from the system by installing some kind of anti-spyware program. The user can also use software tools are available from McAfee, Ad-Aware and Symantec

Install an antivirus software to protect PC from viruses

Software such as Panda AntiVirus, Norton AntiVirus, or PC-cillin can be used

Norton Antivirus 2006 software protects and scans your system for viruses

Removes spyware software that slows down the system

Viruses can cause damage to your system 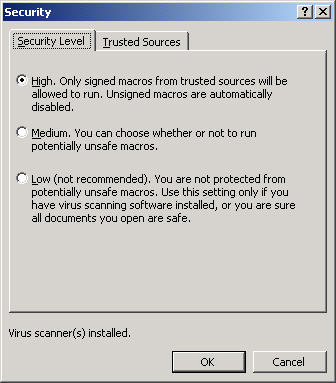 Computer virus is a program that attaches itself to a file

Polymorphic viruses infect a system and change their signature

Macro viruses are embedded in Word documents and Excel worksheets

Worms are programs that replicate and spread to other systems

Norton AntiVirus 2006 protects the system from viruses, worms, and Trojans

LiveUpdate enables you to update the Norton AntiVirus software