Setup – Enables you to configure the motherboard and chipset settings

Technique that is used to increase the computer's speed

During this process the contents of a ROM are directly copied to the extended memory.

Extended memory is given the same address as that of the ROM. The original ROM is disabled and the new location is then write protected 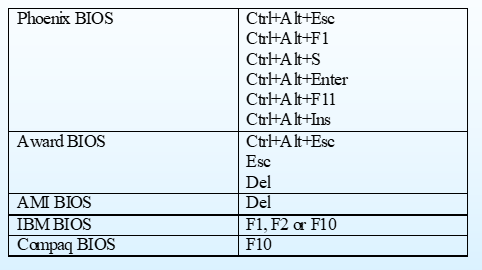 Runs the power-on self-test (POST) when the system starts

Receives signals from the hardware

Memory chip located on the motherboard that stores the BIOS settings

Receives power from the battery that is installed on the motherboard 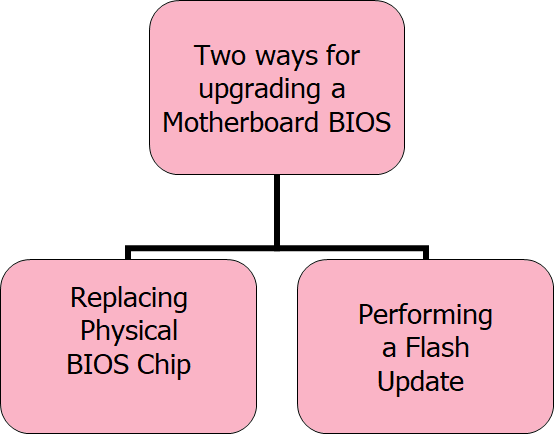 When seeking a BIOS upgrade for a particular motherboard (or system), you need to know the following :

Model of the motherboard (or system).

Manufacturer, date and version of the existing BIOS.

Enables you to control the boot sequence

Changes the BIOS setting to correct any hardware problems

Displays the different BIOS options which can be changed 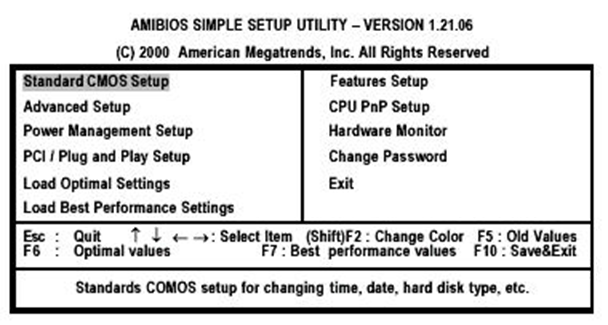 Enables you to set the basic settings of the system such as the date and time, hard disk settings, and diskette drive settings 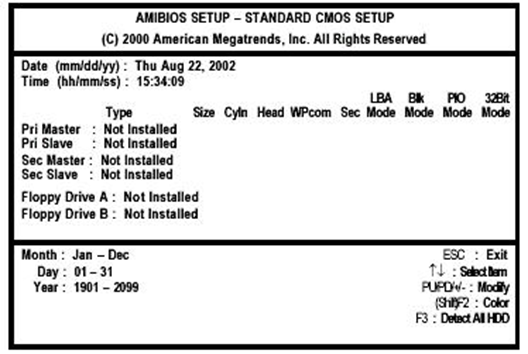 Enables you to access the advanced functions of the BIOS such as Boot Devices, S.M.A.R.T. for Hard Disks, Boot Up Num-Lock, Floppy Drive Swap about the system 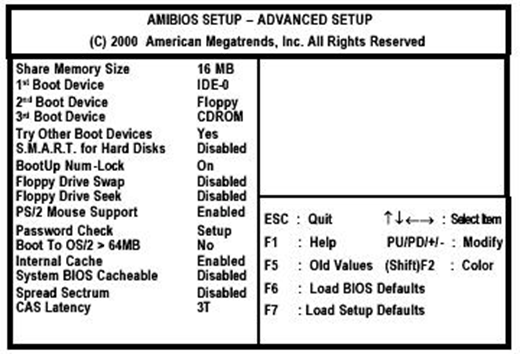 Sets the parameters such as Standby Time Out, Suspend Time Out, Ring On Power On for the system power management operation 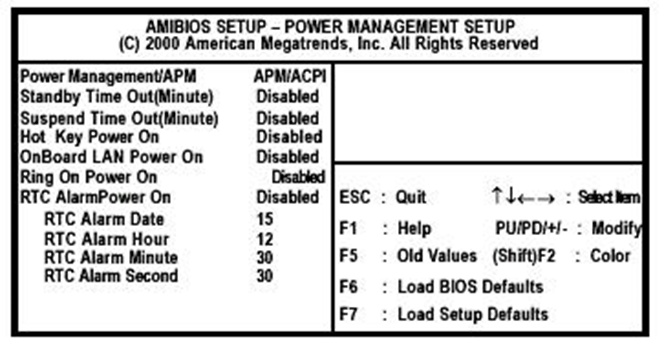 Automatically search for the drivers to use the device 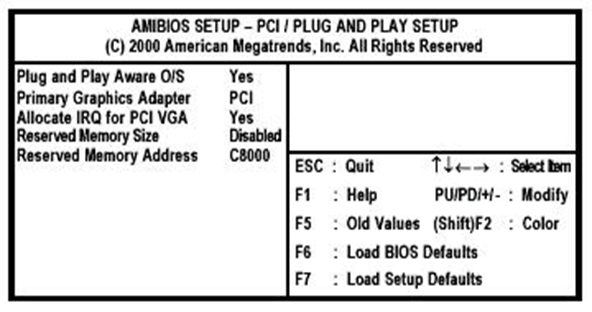 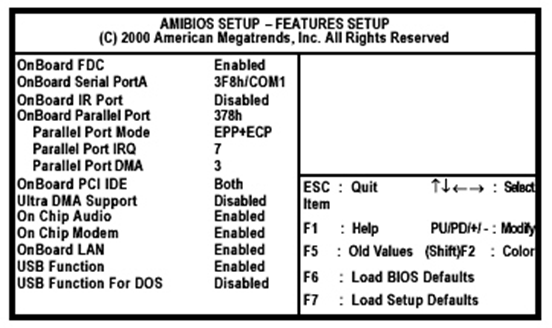 Enables to monitor the system to prevent overheating 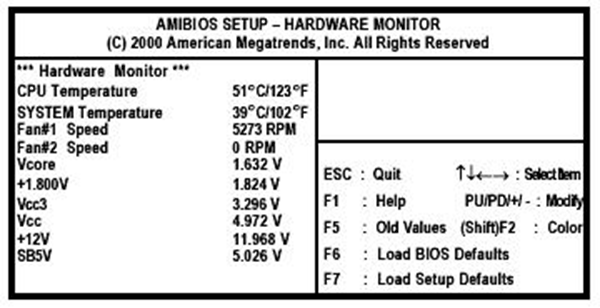 Protects the BIOS settings stored in the CMOS

Password option from the Advanced Setup page should be enabled

Prompts to enter the password before accessing the Setup Utility