Fiber-optic cable transmits digital signals using light impulses rather than electricity. Fiber cable allows light impulses to be carried on either a glass or a plastic core. Glass can carry the signal a greater distance, but plastic costs less. Whichever the type of core, it’s surrounded by a glass or plastic cladding with a different refraction index that reflects the light back into the core. Around this is a layer of flexible plastic buffer that can he wrapped in an armor coating that’s usually Kevlar, which is then sheathed in PVC Of plenum.

The cable itself comes in either single-mode fiber (SMF) or multimode fiber (MMF) the difference between them is in the number of light rays (the number of signals) they can carry. Multimode fiber is most often used for shorter-distance applications and sing1e mode fiber for spanning longer distances.

Single-mode fiber-optic cable (SMF) is a very high-speed, long-distance media that consists of a single strand sometimes two stands-of glass fiber that carries the signals. Light-emitting diodes (LEDs) and laser are the light sources used with SMF. The light source is transmitted from end to end and pulsed to create communication. This is the type of fiber cable employed to span really long distances because it can transmit data 50 times further than multimode fiber at a faster rate.

Clearly, because the transmission media is glass, the installation of SMF can be a bit tricky. There are outer layers protecting the glass core, but the cable still shouldn’t be crimped or pinched around any tight corners.

Multimode fiber-optic cable (MMF) also uses light to communicate a signal, but with it, the light is dispersed on numerous paths as it travels through the core and is reflected back. A special material called cladding is used to line the core and focus the light back onto it. MMF provides high bandwidth at high speeds over medium distances (up to about 3,000 feet), but beyond that it can be really inconsistent. This is why MMF is most often used within a smaller area of one building, SMF can be used between buildings.

MMF is available in glass or in a plastic version that makes installation a lot easier and increases the installation’s flexibility.

Different types of connectors are available to use with fiber-optic cables, but the two most popular are the straight tip (ST) and subscriber (or square) connector (SC). 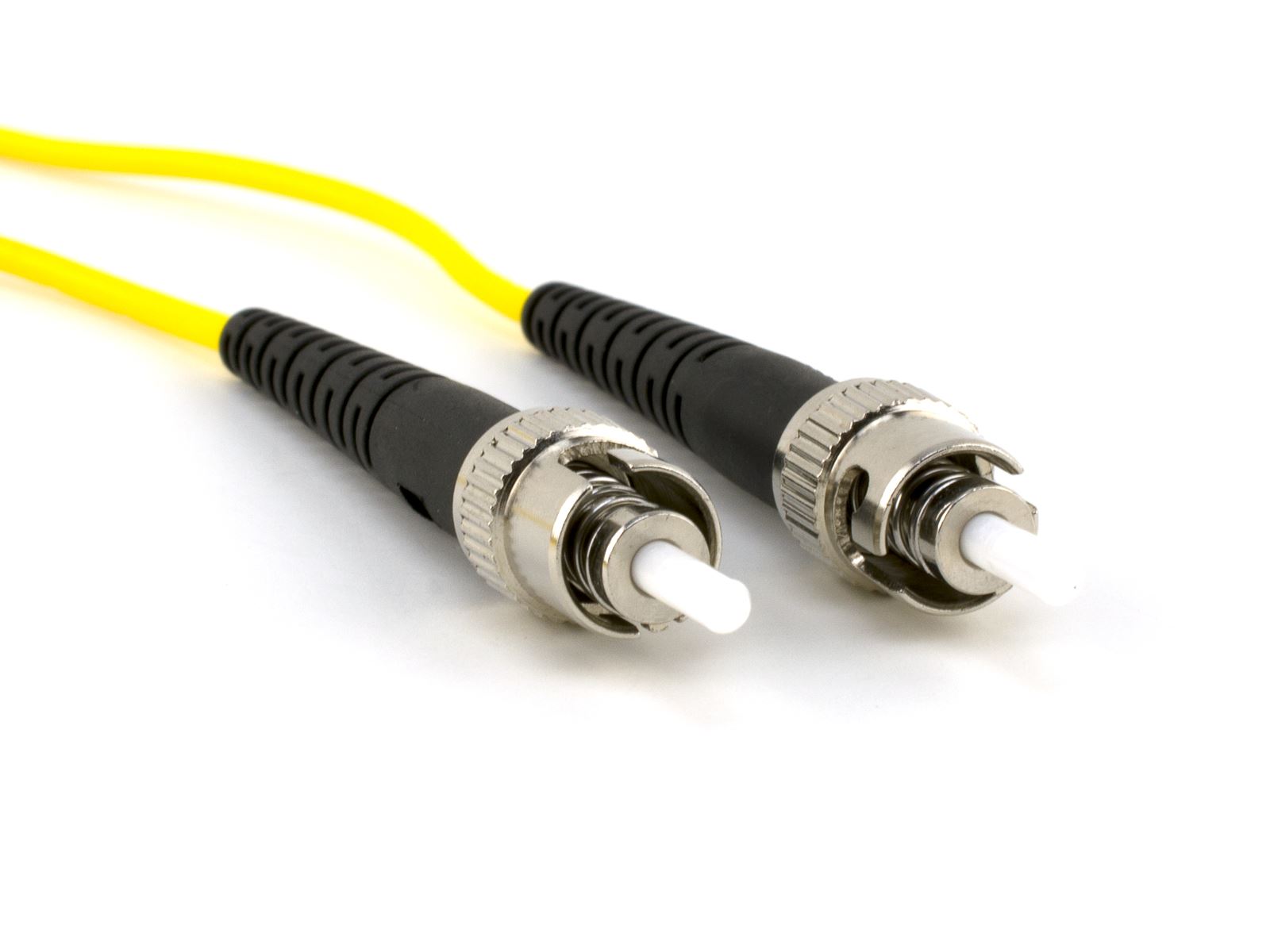 The SC connector is another type of fiber-optic connector as you can see in above image, SC connectors are latched(faster) a mechanism holds the connector in securely and prevents it from falling out. 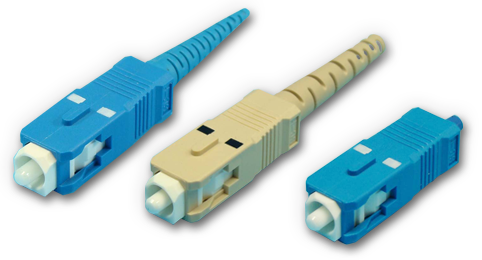 SC connectors work with both single-mode and multimode optical fibers and will last for around 1,000 matings. They’re being used more now but still aren’t nearly as popular as ST connector for LAN connections.