A technique by which DNS server is tricked, in the belief that the server has received the authentic information, but in reality it is not received, is called DNS Poisoning. This leads to the conversion of web addresses into numeric IP addresses, and thus substituting the false IP address at the DNS level. With the IP address of the server controls, the attacker can easily replace the IP address entries for a target site on a given DNS server. A fake DNS entry can be created by the attacker for the server containing malicious content.

For instance, a user types www.google.com, but instead of being directed to the Google’s site, the user is sent to a fraud site.

By this, it is understood that the DNS poisoning is used to redirect the users to the fake pages which are managed by the attackers.

An exercise on DNS poisoning is done using the Ettercap tool.

It means the user gets the Google page instead of facebook.com on their browser. 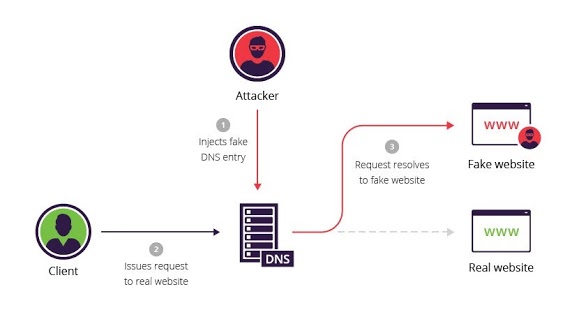 By this exercise, it is understood that using different tools and methods, network traffic can be sniffed. In such situations an ethical hacker is required by the company who can provide network security in prevention of these attacks.

How an Ethical Hacker Defenses against DNS poisoning?

Ethical hacker mainly concentrates on putting in a prevention position rather than doing a pen testing. The information known as an attacker can help in prevention of the techniques employed from outside.

Some of the defences against the attacks from the pen tester’s perspective are :