NMAP (Network Mapper)/ZenMap Step By Step Use Of NMAP

Zenmap is the official Nmap Security Scanner GUI. It is a multi-platform (Linux, Windows, Mac OS X, BSD, etc.) free and open source application which aims to make Nmap easy for beginners to use while providing advanced features for experienced Nmap users. Frequently used scans can be saved as profiles to make them easy to run repeatedly. A command creator allows interactive creation of Nmap command lines. Scan results can be saved and viewed later. Saved scan results can be compared with one another to see how they differ. The results of recent scans are stored in a searchable database. 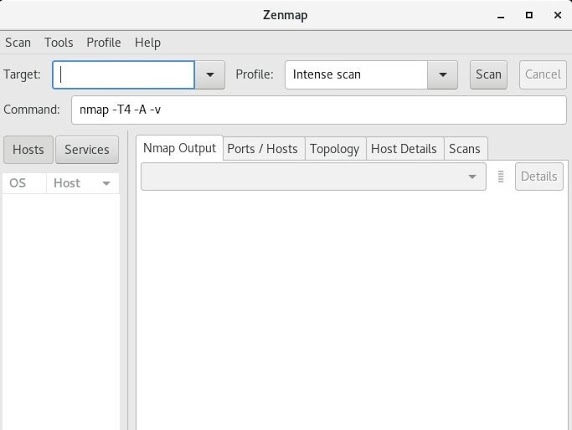 You can install zenmap using the following apt-get command:

It sends commands to the platform-specific nmap executable and pipes the output back. Zenmap makes it easy to build out command line options like this. 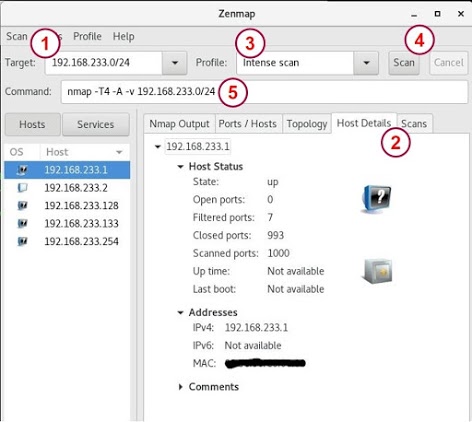 The Compare Results tool provides an interface for differentiating between two scans, which can be used to monitor daily changes in network topology or available hosts.

This comes in handy when you perform a large scan and do not want to repeat the scan again later while reviewing results.

Using saved profiles also ensures that when comparing two scan results you are working from the same scan options. One of my favorite option in Source tab is to use decoys to hide identity. Decoys lessens the chances of being caught and does it even better when used in conjunction with IP spoofing (also available in source tab). 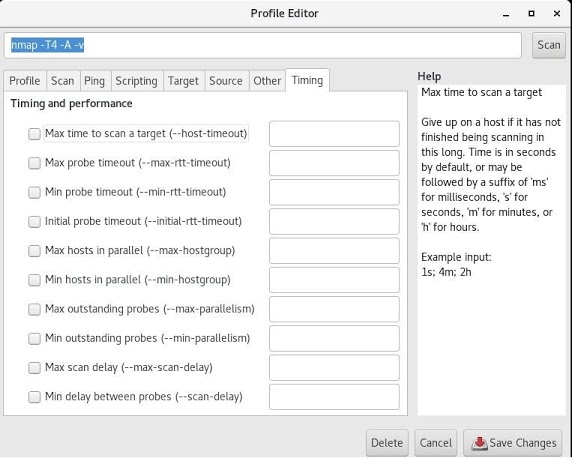 Achieving security is a moving target, and Zenmap makes it easier to reach your goal.