Recall that style guides help make code easier to read, share, and verify. There are tools that can help us perform this activity.

Two ways to perform this in R are:

The LintR package in R, will act as a static code analyzer. It checks adherence to a given style, syntax errors and possible semantic issues. Most of the default linters in this package are based on Hadley Wickham's R Style Guide lintr has the following methods

To execute the lintr command, use lint(“path of R script”) and run.

The below example considers that the R script is saved as ‘testSyntax.r’ in d:/R/ location.

The output of lint() function

The second method is, by enabling diagnostics in R Studio. This feature was introduced in v0.99.

It can be accessed from:

Once there, select all the options in R Diagnostics. 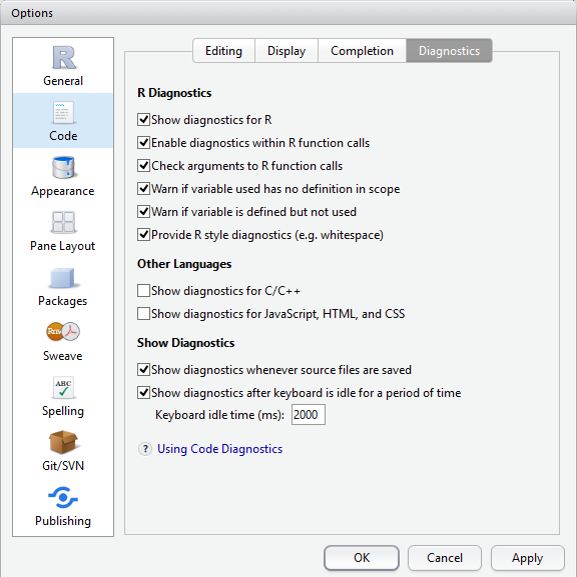 Once the options are enabled, while writing the code, we can observe that the R Studio will aid us in correcting the style errors by providing the comments.