Consider ‘mat1’ matrix. Use as.data.frame() function to convert it to a data frame with the name ‘NewDF’ 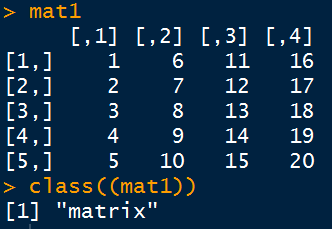 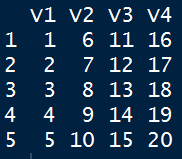 Consider the two heterogeneous vectors, Subjects and Marks, with character and numeric types respectively and the myScore data frame created in the previous example

The ‘Subjects’ character vector got converted to a factor, when the data frame was created

To ensure that the ‘Subjects’ vector remains as a character, use option stringsAsFactors = FALSE

Consider the previous GMAT example. If we want to change the name from ‘Tom ‘ to ‘John’

What will happen if there are missing values in my data frames ?

Any operation performed on missing data(NA), will result in NA, but we have a option to resolve this issue. Let’ us see what it is.